Wrapping a building with rigid insulation creates a tight thermal envelope that minimizes heat loss via conduction through the framing. At windows, it’s important to preserve that thermal break while also providing a solid nail base. David Joyce and his crew at Synergy Construction, in Lancaster, Mass., solved the problem on a recent deep energy retrofit on which they wrapped the building in two layers of 2-inch foam. After the first layer was installed, they framed the perimeter of window openings using 2-by material padded out with ½-inch plywood to match the 2-inch foam thickness. Here’s a step-by-step look at how they did it, adapted from a video at ProTradeCraft.com. 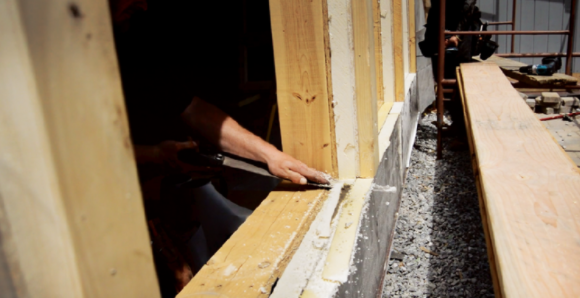 This top piece spans a series of three identical windows. Calvin and David (in the hat) have fastened each end and are using a straightedge to make sure the 2-by isn’t bowed in the middle, which could create alignment problems later when the trim is installed. 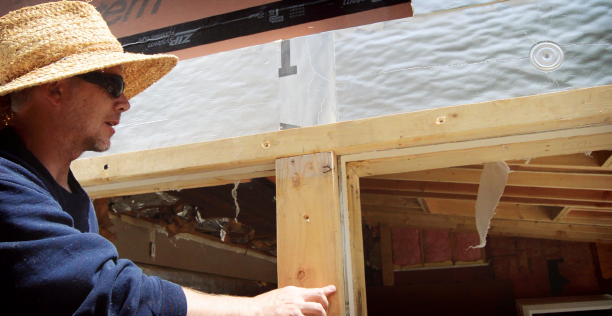 In a bank of windows like this, making sure the wood bucks are straight and level helps with alignment during window installation. Here, David aligns an intermediate vertical buck with a centerline marked on the top piece to ensure even spacing. 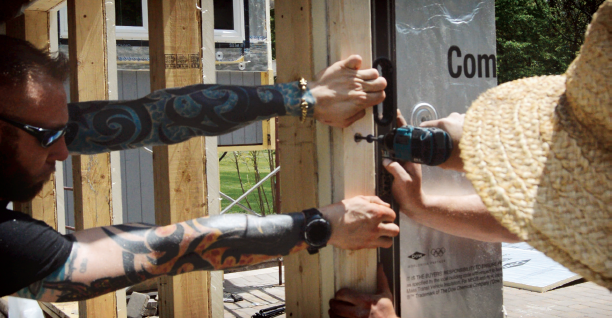 Damien applies pressure to straighten a side buck while it’s fastened to the frame with a 6-inch screw. Countersinks for the screwheads are created ahead of time using a spade bit. 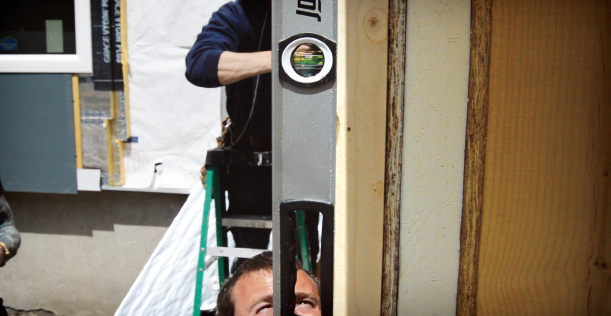 Fastening the bucks with screws can compress the foam and create a wavy surface. Use a straightedge and tighten or backout fasteners as necessary to make sure the bucks are flat. 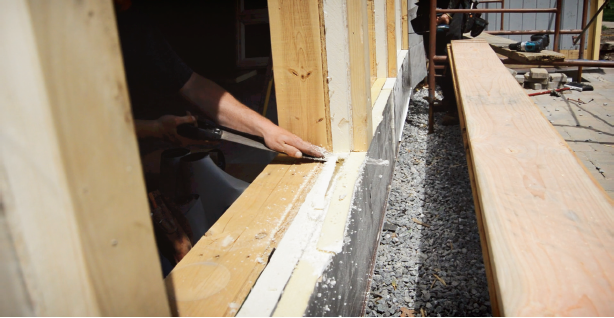 The last step before installing the windows is to flash the opening. In this case, a starter strip for the second layer of foam was run under the windows, then cut on a bevel to promote drainage of any water that might penetrate the opening. The double layer of foam at the sills will be flashed with peeland- stick tape, so the wood bucks are omitted to promote drainage.

Next: Flashing the openings Continuous exterior insulation is a newer, popular way to support optimal thermal and moisture protection for new builds, additions, and some… These three quick tips will maximize the usefulness of your rough-in images, ensuring they're helpful for years to come To Vent or Not to Vent, Part 2: The Decision

Symbi Homes, the Model ReModel 2022 contractor, has decided on whether or not to vent the 800 square foot in-law suite addition

These three quick tips will maximize the usefulness of your rough-in images, ensuring they're helpful for years to come

To Vent or Not to Vent, Part 2: The Decision

Symbi Homes, the Model ReModel 2022 contractor, has decided on whether or not to vent the 800 square foot in-law suite addition