Cory Swanson, owner of Swanson Roofing in St. Joseph, Ill., can tell without even stepping out of the truck whether a roof has multiple layers of older material under the surface. “It’s like someone with two pairs of socks on,” he says.

When he started out 20 years ago, Swanson says that he’d often roof over existing shingles to save time. Ten years back he made it a practice not to. His crews strip every roof to the decking before installing a new one.

“I was like a lot of companies,” he says. “They go in and they think the customer is price-oriented and their number one mission is to get the job. What I find is that more people aren’t looking for the cheapest option, they want the job done right.”

Typically, a roofing crew rips away old layers of shingles, which are tossed in containers and hauled to the dump. Stripping the roof down to decking, says Matt Weiner of ImproveWise, in Sudbury, Mass., allows roofers to get an accurate assessment of the condition of the structure under the shingles. “You can’t really tell what’s going on until your remove those layers,” he points out. A roof stripped to the decking, as well as an attic inspection, may reveal water-softened plywood or OSB, or sometimes compromised framing, all of which would have to be replaced before the new roof could go on.

“The biggest and most important reason is the decking,” Swanson points out. “Rarely do we do a house more than 20 years old that doesn’t have decking issues somewhere, whether that’s rot at the bottom of a valley or a little mold if bathroom vents weren’t properly vented out.”

Beyond that, he adds, there’s the issue of weight. Swanson says that on the older homes in Illinois built before the 1950s, “they were using shiplap, [which is] a lot thicker and stronger per square inch than a piece of plywood.” Because framing practices changed after that, he says, he’s much more likely to see a two-foot rafter span, covered with OSB or plywood. “They often don’t have the strength to support extra layers of shingles.” 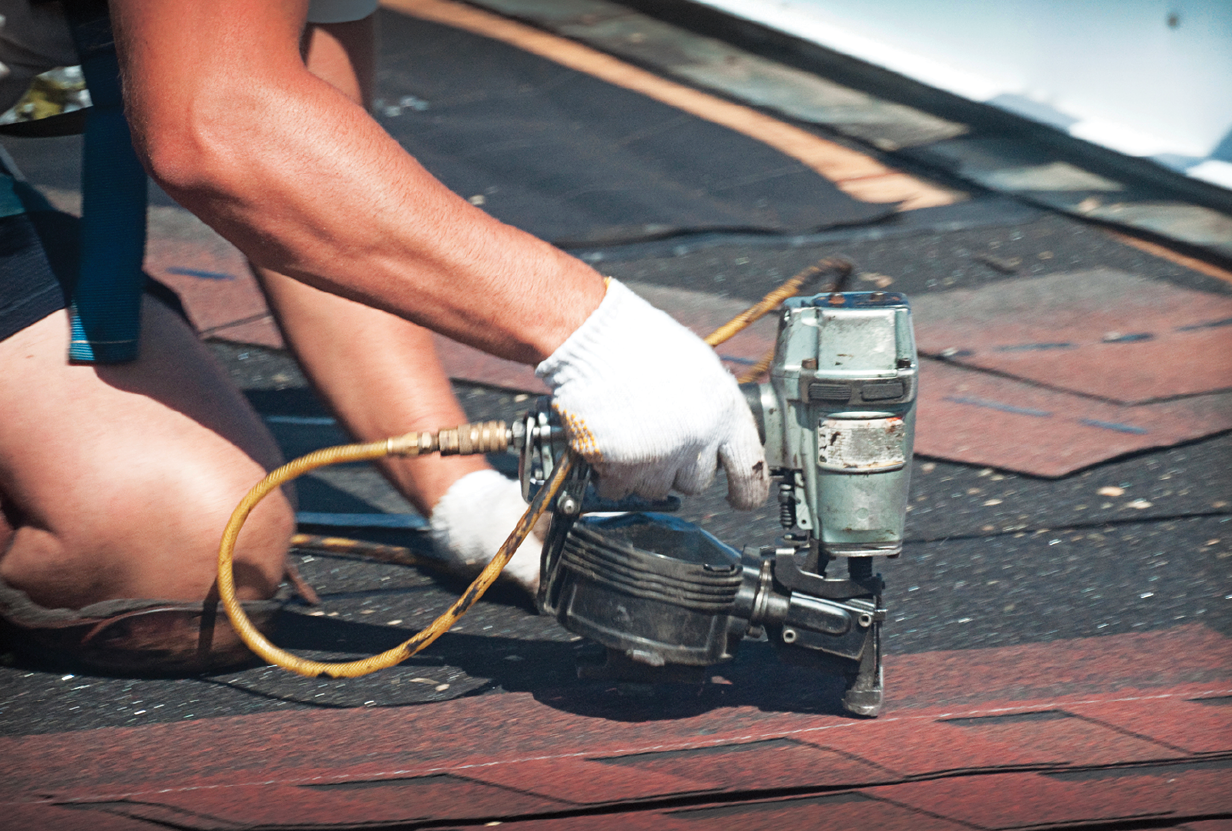 In some circumstances, it may be better to nail over existing shingles, but proceed with caution.

Tearing existing roof materials off isn’t cheap. Indiana contractor Jeff Head, owner of Head’s Construction in Evansville, estimates tear-off adds $100 to $150 per square to what the homeowner pays for a new roof. On a 20-square roof that’d be an additional $2,000 to $3,000. Other roofers offer similar estimates. Swanson explains that cost by pointing out that it’s not just man hours but the materials that are not installed if the roofing contractor roofs over the existing shingles (i.e., drip edge, starter strip, flashings, ice-and-water, etc.), and then of course the dumpster fees.

Head says that some homeowners are aware of this—“You can find out anything on the Internet”—and he doesn’t rule out a nail-over on principle. Circumstances must be taken into account. For instance, sometimes he works with homeowners who are seriously short of funds, and don’t qualify for credit, but have to have a new roof. There’s also, he says, those who are sticklers about their property’s landscaping and don’t want nails, ripped shingles and torn felt paper scattered over the lawn and shrubs. In those circumstances, Head says that he will consider nailing over, but only if what’s already on the roof are 3-tab shingles lying “flat like shelf paper” to the roof surface. “I will not nail over a dimensional shingle,” he says. “It would look like hell.” And on the occasions when he does do it, Head says, “we put ice-and-water in the valleys” and carefully seal around penetrations (i.e., chimneys, vents, pipes, and stacks). Head Construction clients who have their roof replaced that way are eligible only for a three-year workmanship warranty from the company, rather than its standard five-to-10-year workmanship warranty.

Many companies make tear off obligatory simply because of the issue of manufacturer warranties. That also makes explaining any price difference much simpler. “We’ve only done two or three re-covers in the last dozen years,” says Bob Kulp, owner of Kulp’s of Stratford, in Stratford, Wis. “And there had to be some compelling reason. Either the owner was incredibly strapped for money, or we knew that the building was coming down sometime soon.”

Of course, some homeowners know they can save a bundle by skipping the tear-off stage, which begs the question: how do professionals respond? Kulp says that his company will “walk away from jobs rather than re-cover a roof.” Kulp’s is a GAF Master Elite roofer, with many of its roofs protected by that manufacturer’s Golden Pledge warranty––which includes the cost of installing the product, and requires a GAF onsite inspection. That type of warranty would be voided if the new roof isn’t installed onto decking.

Greg Olsen, general manager at Krumwiede Roofing, in Bensenville, Ill., notes that shingle-overs for his company are rare. He’s only done one in recent memory, and that was for a homeowner who was moving. The reason again comes down to the manufacturer warranty. “We usually explain the warranty side of it and they’ll start to understand why,” Olsen says. “I use my own home for an example.”

A point that Olsen makes to homeowners is that not only can the manufacturer not warranty the roof, but repairing a shingled-over roof is much harder because “you’ve got to go down through the layers and build it back up to patch it.” What homeowners also need to understand, he says, is that a manufacturer’s warranty, such as CertainTeed’s Five Star warranty—good against defects for 50 years—requires that the shingles be installed using certain other company products, and all of it on “a clean, dry deck.” 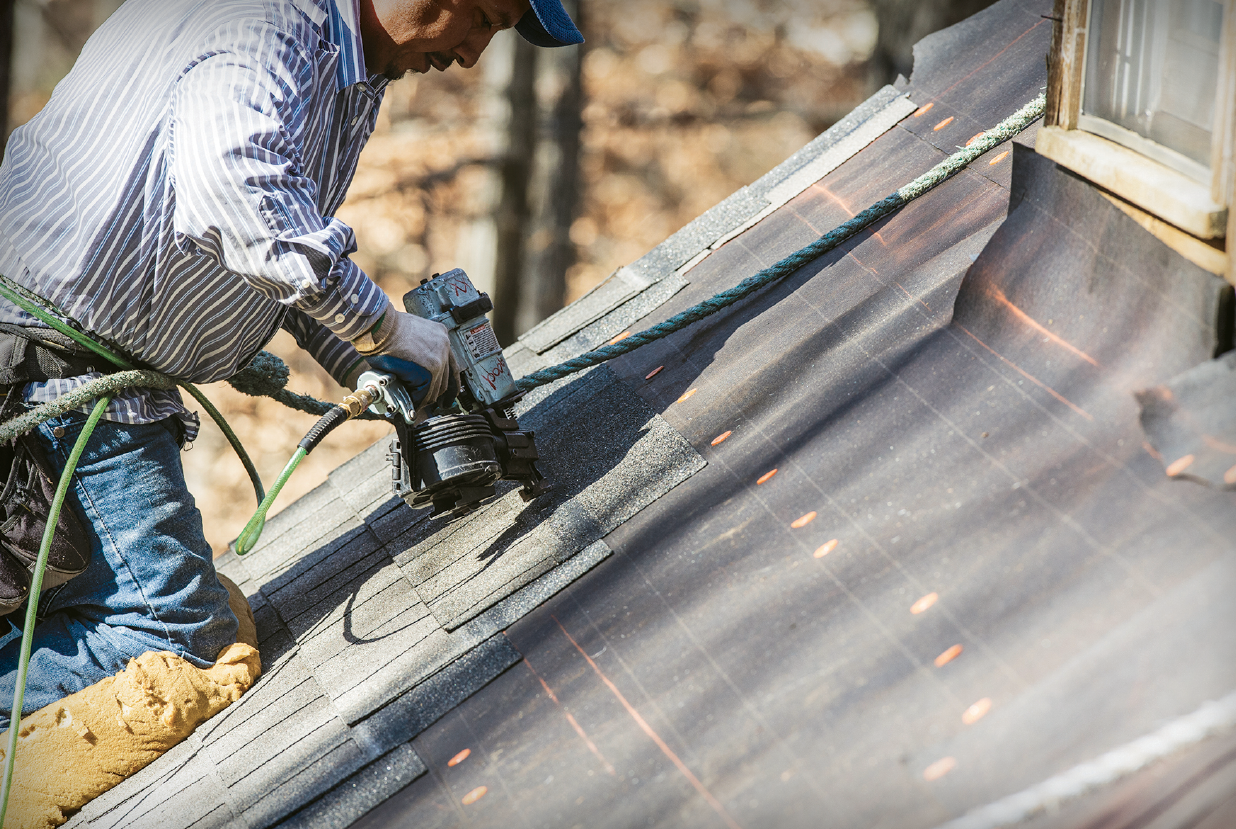 Doing a roof over may mean that certain advancements in building science are not incorporated. by starting fresh, allthose elements become integrated.

Shingling over an existing roof is perfectly permissible by building code in most areas of the country, and most roofers consider it a common industry practice. But for companies like Exterior Medics, in Springfield, Va., the reason to insist on tear-off as a matter of policy is building science.

When you roof over, explains co-owner Mark Watson, the “benefits and advancements of the building industry, such as ice-and-water shield, drip edge, proper ventilation,” are not incorporated into the new roof. By “starting fresh,” Watson explains, all those elements, such as “breathable membranes,” are integrated into a system that enables products like a 50-year shingle to perform at their best. For Exterior Medics, the idea is to sell “not your next roof but your last roof.”

The company also has an answer for homeowners who insist that a nail over is all they want, because they’re moving and don’t care one way or another. Watson asks them: “When you go to sell, and the home inspector comes back and says you have two layers of roofing with evidence of deteriorating plywood and leaks, doesn’t that give someone buying the home a lot of leverage?” It does. Conversely a new roof, properly installed, is an attraction to buyers, and can be incorporated into the asking price.

For many roofers, explaining tear-off and price differences is about the best possible roof. “If you’re buying a roof that’s shingled over and it fails in ten years, there’s nothing we can do about it,” Weiner says. “You need underlayment, ice-and-water, flashing, and starter strip. If it’s not a system, you’re not getting a proper roof on your home.”