How much water vapor passes through a material depends not only on the vapor permeance of that material, but also on the amount of water vapor (also called vapor pressure) on each side of the material. In simple terms, vapor permeance can be determined in a lab using tests that subject a known area and thickness of material to a known temperature and vapor pressure gradient or RH (relative humidity) on both sides. Moisture moves from wet to dry, and the vapor pressure gradient describes how much “pull” one side of the wall has compared with the other side. The greater the difference in pressure gradient is between sides, the stronger the pull on the vapor.

The results of these tests eventually work their way into codes and standards. Which test is used should depend on whether the material being tested will be used on the inside or outside of a building. In many climates, for example, material on the outside of a building will be subjected to higher relative humidity, as you would expect during rain events and more tropical climatic conditions. In these cases, the wet cup test is probably the more relevant test for building materials designed to be used on the outside of the enclosure. Inside, where the air is drier, the dry cup test would better indicate expected performance.

When thinking about permeance, it’s important to remember that there is a difference between vapor that is carried by air currents via infiltration or exfiltration, and vapor diffusion, which is independent of air movement. Vapor diffusion, as described by the ideal gas law, is basically the activity of water molecules in the air banging into one another and into surfaces. The degree to which diffusion results in water molecules penetrating into and through the surfaces they impact depends on how permeable the surfaces are.

But diffusion is typically a slow process. A much quicker way for a water molecule to get into a wall is to ride an air current into a hole in that wall, such as the space around an electrical outlet or window jamb. Infiltration or exfiltration can move orders of magnitude more water vapor than can vapor diffusion alone. Hence the recent de-emphasis of vapor barriers in high-performance building in favor of air barriers. Vapor barriers are intended to stop vapor diffusion, whereas air barriers are intended to stop infiltration or exfiltration of air, whether dry or moisture-laden.

The important thing is to know the vapor permeance of the materials used in the wall assembly so water vapor isn’t inadvertently trapped inside the wall. 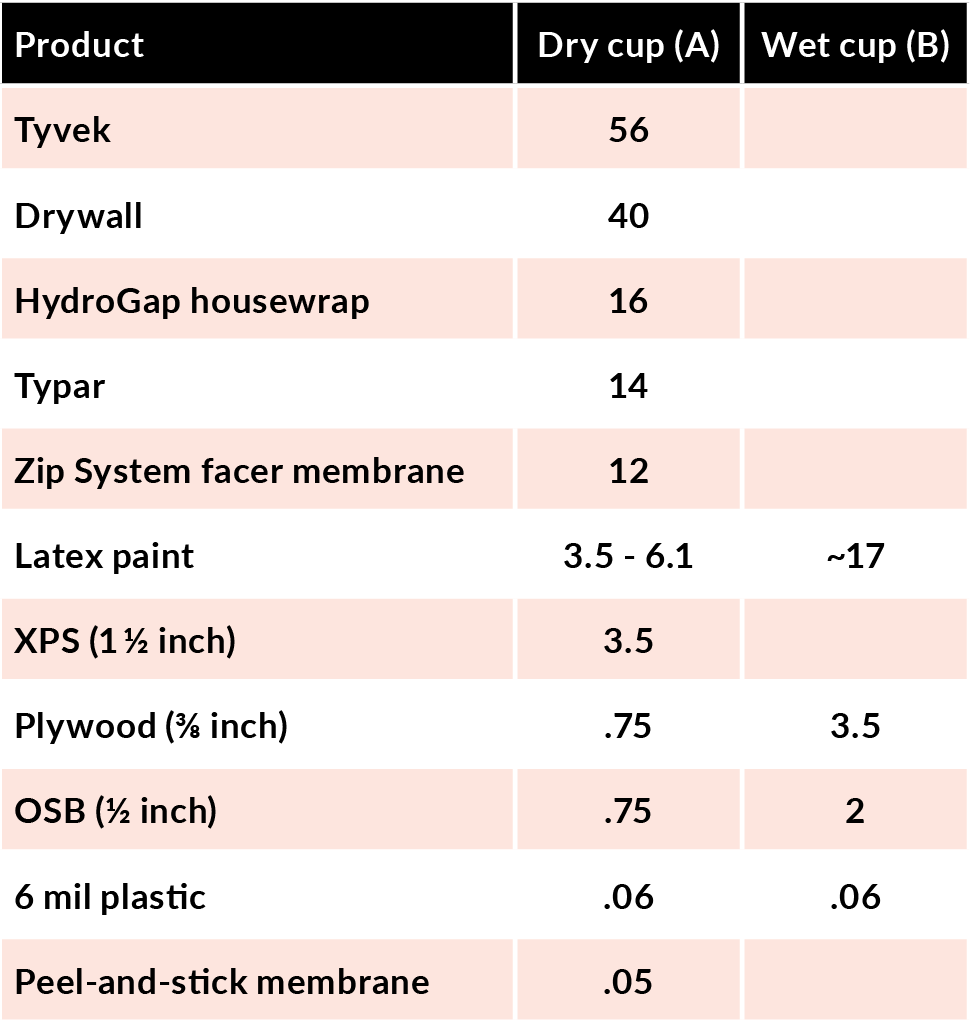 In a heating climate, moist inside air that gets into wall or rafter bays can condense when it meets the colder surface of the sheathing. If that moisture can’t dry relatively easily, it can lead to mold and rot of wood components.

Likewise, in a cooling climate, water vapor in humid outside air that penetrates into a wall and meets a vapor barrier, such as vinyl wallpaper applied on the cold, air-conditioned surface of the drywall, will almost certainly cause condensation and trap moisture between the wallpaper and the drywall, potentially leading to a buildup of black mold behind the wallpaper. This is a generalized problem in hot, humid climates such as the southeastern U.S., but we have done research that shows condensation on the interior polyethylene vapor barrier even in climate zone 5 with moisture-storage cladding, such as directly adhered stone.

Enclosures should be designed to dry in at least one direction—either to the interior or the exterior, depending on which climate zone you are in, and on the material properties of the enclosure materials. This underscores the importance of looking at the whole assembly when designing a high-performance wall or roof. Vapor diffusion through the enclosure is controlled by the least vapor-permeable material. So, if you design a vapor-open enclosure but include one layer that is vapor impermeable—a vapor barrier—it will stop all vapor from moving in or out of the enclosure at that layer. Some scientists call such an analysis the “vapor profile” of the assembly because it describes which way the wall can dry from any given layer. If it can’t dry out or dry in, it’s a problem.

Permeance varies from highly permeable materials (such as some housewraps, latex paint, mineral or fiberglass batt insulation, and drywall) to vapor retarders (such as the kraft facing paper on batt insulation) to vapor barriers (such as 6 mil polyethylene and most peel-and-stick membranes), which effectively block the passage of water vapor.

Spray foam used to be considered impermeable, but there are lots of different formulas now. Half-pound open-cell foam is quite vapor permeable and will not control the vapor movement. Even closed-cell foam is somewhat permeable up to about a 2-inch thickness, at which point it’s considered to be a vapor barrier.

The most common smart vapor retarder is the kraft backing paper on batt insulation. The paper is vapor-closed unless the wall cavity becomes wet, at which point the paper becomes vapor-open to allow drying. There are also plastic films that will behave the same way, often with a wider range of vapor permeance. CertainTeed’s MemBrain is one example in North America, but there are others, many of which are still used just in Europe.